Also known as: fancied up ramen, my favorite Lenten lunch.

I first tried this recipe when we were dealing with the aftermath of Hurricane Irene. She left us with a flooded basement and no power for a week. It was awesome. Since a fast majority of the stores and businesses were in the same boat, it was an exercise in working with what you had – and what we had was ramen. Since then, I keep the ingredients in my emergency stash – just in case. It’s a great one for that – not something I plan to make but something I can say, ah! I can whip that up instead of another grilled cheese!

I don’t think it’s technically vegetarian since it uses chicken-flavored ramen as the base, but since there’s no actual meat in it, it’s Lent-friendly. 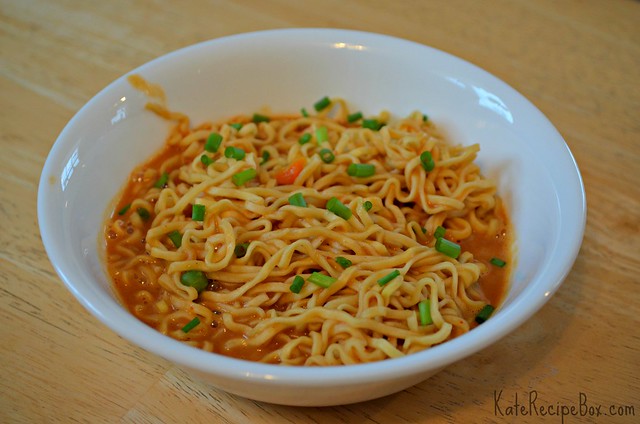 Prepare noodles according to package directions. Drain most of the water off. Stir in peanut butter, soy sauce and sriracha until peanut butter is melted and everything is well combined. Top with sliced green onions and serve immediately.

It may feel like a Monday, but it's #TableTalkTuesday! This one is a great one to reflect on for yourself - and to ask the people in your life! Knowing what makes those around you feel loved is an important! Tell me below, what makes YOU feel loved?
Since it felt like Sunday all day, I’m just remembering to post my #menumonday plan - hooray for long weekends! One of my projects for the next few weeks is to clean out our freezers so meal plans will include lots of freezer gems. When’s the last time you did a freezer clean out?