One week until Mardi Gras! The countdown is on!

Whether you observe Lent or not, Mardi Gras is a really fun excuse to make some indulgent dishes – and these cinnamon rolls definitely fit the bill.

These cinnamon rolls wrap up the classic flavors of a king cake into my favorite breakfast pastry.  Raisins are added to the dough, pecans fill the rolls, and they’re topped off with a cream cheese icing.

These aren’t the cinnamon rolls I’d make for everyday – but for Mardi Gras? They’re perfect.

They are a lot of work for a Tuesday holiday, though, so I’ve included directions to freeze them, too. Make a batch this weekend and you’ll thank yourself on Tuesday! 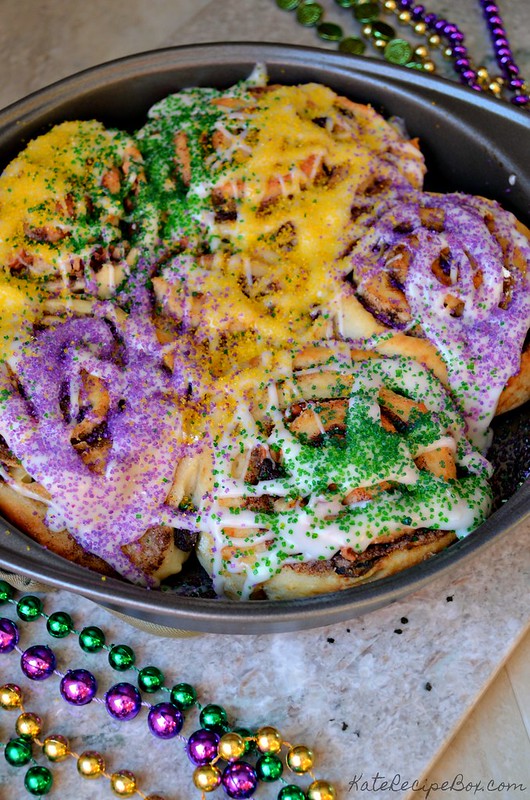 Looking for some more Mardi Gras-inspired eats? I’m linking up with some blogger friends today to bring you a slew of great options. From cocktails to dinners to treats, they have everything covered!

Check out these other delicious Mardi Gras recipes:

Fastelaynsboller from Culinary Adventures with Camilla

Muffaletta Salad from A Day in the Life on a Farm

Shrimp and Grits from Cindy’s Recipes and Writings 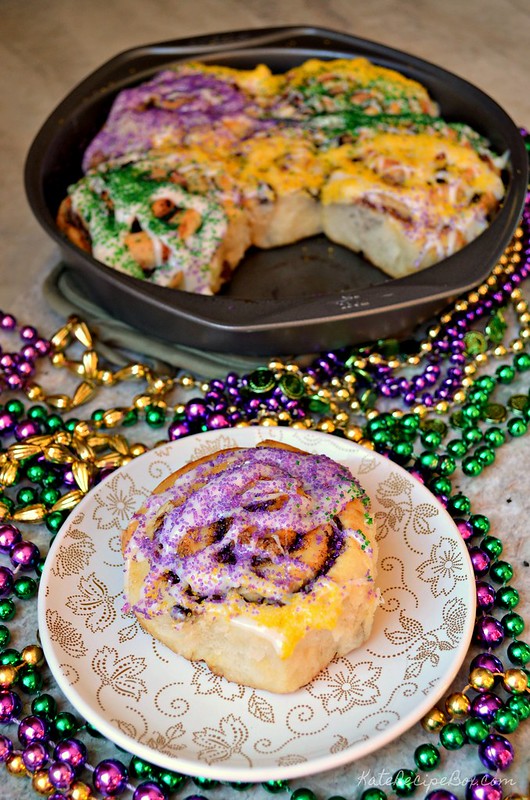 A few hours before (or the night before), cover the raisins in warm water and let sit. Raisins are ready when they’re nice and plump.

In a saucepan, combine the milk, vegetable oil and sugar. Scald and then let cool for 45 minutes.

Sprinkle yeast over the warm milk mixture and let stand for 5 minutes. Stir in 4 cups of the flour and raisins and transfer to a large bowl. Cover and let rise in a warm place for an hour, until doubled in size.

Stir in the additional 1/2 cup of flour, baking powder, baking soda and salt.

Sprinkle your work area generously with flour and roll the dough into a large rectangle. Spread melted butter over the dough, sprinkle with sugar, cinnamon, and pecan pieces. Roll up from the long side and pinch the seams together to seal up the rolls. Cut the log into 1 1/2″ rolls.

Place 1 Tbsp. melted butter in the bottom of each pan you’re using (a little more for larger pans) and arrange the rolls. You’ll get about 4 8″ round pans with 6 rolls each.

To freeze for later: Cover pans with foil and freeze. Thaw in the refrigerator overnight and then follow the “bake now” directions.

When ready to serve, drizzle icing over the cinnamon rolls and decorate with colored sugar. 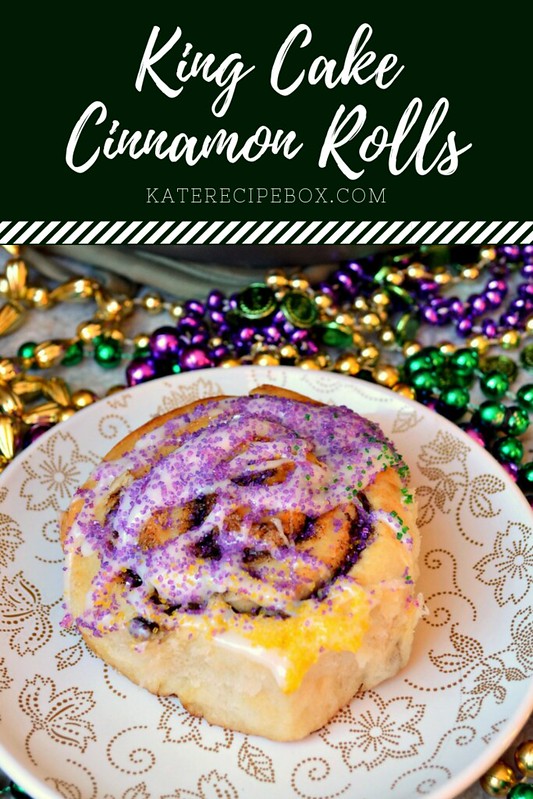 #ad Soft, cheesy dinner rolls... made in the slow cooker! These are the PERFECT accompaniment to all the soups I’ve been sharing and they’re on the blog today! Link in profile today or find it at KateRecipeBox.com @rhodesbread
It may feel like a Monday, but it's #TableTalkTuesday! This one is a great one to reflect on for yourself - and to ask the people in your life! Knowing what makes those around you feel loved is an important! Tell me below, what makes YOU feel loved?