They are just such a satisfying project for me. I love getting the rolls cut perfectly and then watching them puff up as they rise. And the smell? Amazing.

This variation is my favorite  to date. I mean, how do you beat a mash up of cinnamon rolls and banana bread?

These are really divine. Ripe bananas are incorporated into the dough, along with maple syrup, giving these rolls an amazing banana bread-esque flavoring. 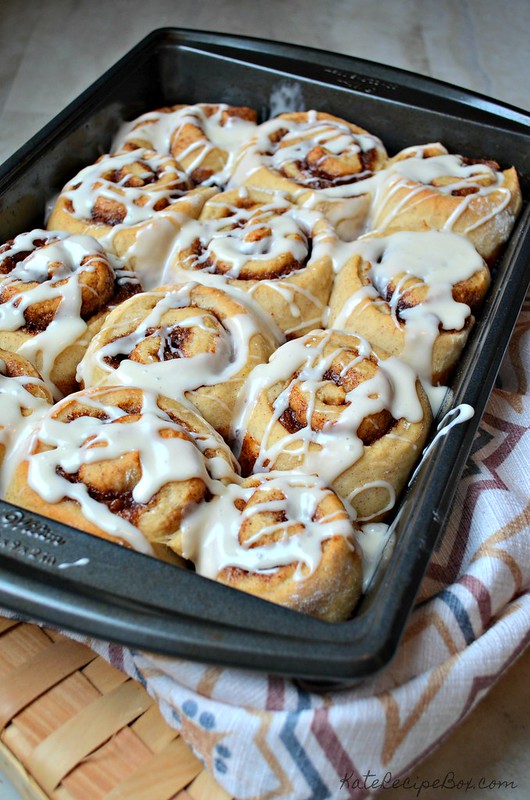 The rolls are then stuffed with a plethora of cinnamon, brown sugar, and maple syrup. To top it off, maple syrup is incorporated into the icing.

The result is banana bread, elevated. These rolls are literally dripping with the flavors of banana, cinnamon, and maple – and they’re bound to make any breakfast special!

These can be prepped the evening before cooking – when it’s time for the second rise, just pop them in the fridge and they’ll rise slowly overnight. Bake in the morning as directed. 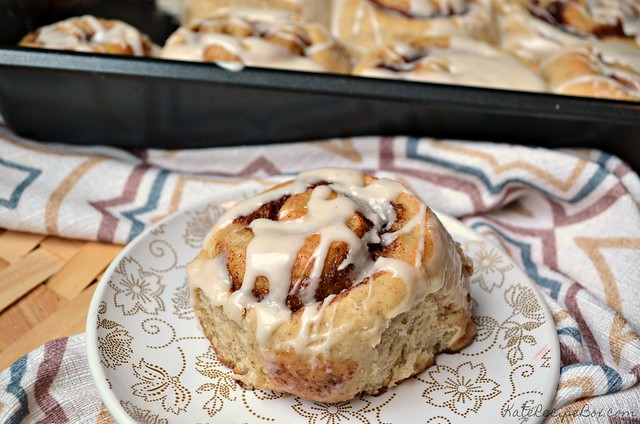 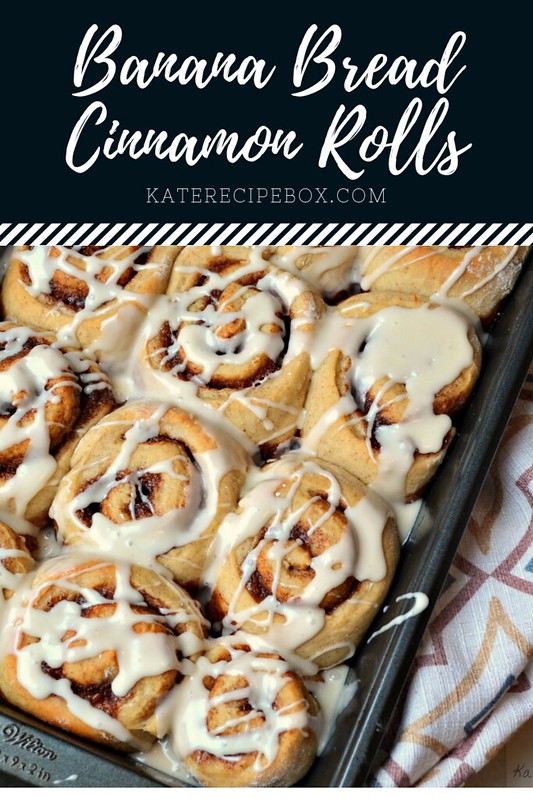 In a microwave-safe bowl, heat the milk and butter until it reaches 110 degrees. If it gets hotter, let it cool a little.

In the bowl of the stand mixer, combine the milk, syrup, and yeast. Stir and let sit for 5 minutes, until the yeast is foamy.

Stir in 2 cups of flour, salt, bananas, and cinnamon. Stir in remaining flour, 1/2 cup as a time, stirring to incorporate after each addition.

Switch to the dough hook and knead until smooth, about five minutes. Transfer to a greased bowl and cover. Let rise in a warm place for at least an hour, until doubled in size.

In a small bowl, mix together the brown sugar, maple syrup, and cinnamon.

When the dough is ready, turn it out onto a lightly floured surface and roll into a 12×9″ rectangle. Spread the melted butter evenly over the dough, then evenly spread the cinnamon mixture over.

Place the rolls in a 9×13″ baking pan and cover. Let rise until doubled.

Bake at 375 degrees for 25-30 minutes, until lightly browned. Remove and let cool slightly while you make the glaze.

#ad Freezing cold weather is the perfect time to start thinking about #springsweetsweek - thank you to @adams1888 for sponsoring this fun event!
#menumonday and in hindsight I must have been craving a burger during meal planning 😂 #mealplan #mealplanning #mealplanner #menuplan #menuplanning #menuplanner