For the last few years, we’ve had a special addition to our Christmas season – celebrating Hanukkah with our good friends. That may seem strange, but it’s been such a blessing! As Christians, it’s humbling to get an authentic, up close look at some of the traditions and prayers Jesus would have participated in.

Our friends have been gracious enough to include us in their celebration and humor me in my attempts to make some of the traditional food.  Latkes, of course, are a Hanukkah staple and these are just perfect – crisp on the outside and the lemon and thyme give them a bright, fresh taste.

If you’re intimidated about frying, don’t be! All you need is a deep frying (or candy) thermometer. Keeping the oil at the right temperature is the key to great latkes – and easily accomplished with a thermometer. 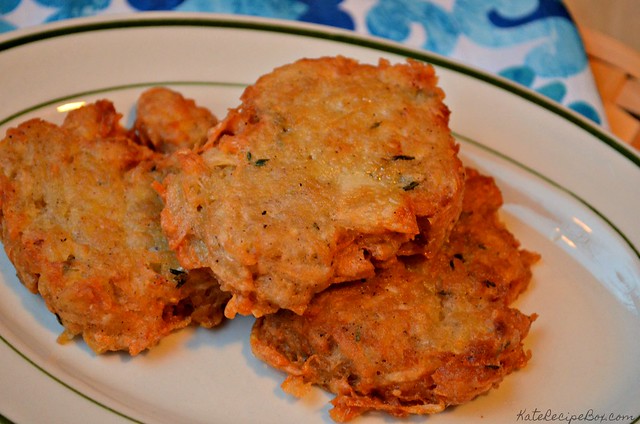 Using the shredded blade of a food processor or a box grater, shred the potatoes and onions into a large bowl. Toss with lemon juice. Transfer to a colander and let drain for 15 minutes, occasionally pressing down on the mixture.

Return the potato and onion to a bowl and turn in flour, thyme, salt and pepper. Add egg and yolk and stir well.

Preheat the oven to 225 degrees. Line a baking sheet with paper towels.

In a skillet, add the oils. Heat until a thermometer reads 350 degrees. Carefully drop the potato mixture by 1/4 cup-fuls into the pan, flattening slightly with a spatula. Cook for about 3 minutes per side, until brown and crisp. Use a slotted spoon to transfer to the prepared baking sheet. Place the baking sheet in the warm oven.

Serve with sour cream and applesauce. 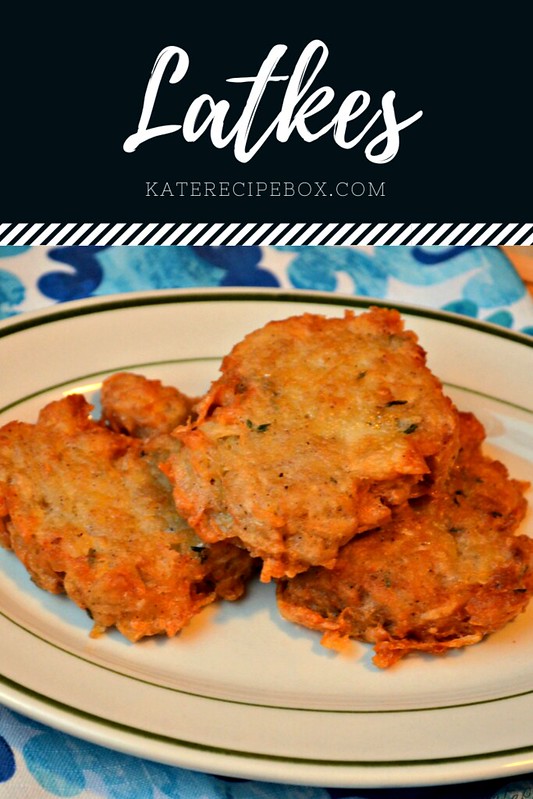 What’s on your menu for the big game? If you’re looking for inspiration, I’ve got a roundup of my favorite game day snacks on the blog today! Link in profile today or find it at KateRecipeBox.com
#ad Gorgeous new pans from my friends at @anolon for #springsweetsweek ! Guys, I’ve been planning goodies for this week and it’s going to be so awesome! I hope you’re excited!